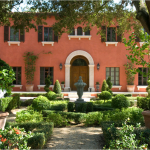 Eclectic styles blossomed in the United States at the turn of the 20th century. Among them was Italian Renaissance, which began around 1890 and remained popular until the 1930s. The Great Depression and World War II ended its run for a few decades. But it has since regained significant ground and is now frequently replicated […]